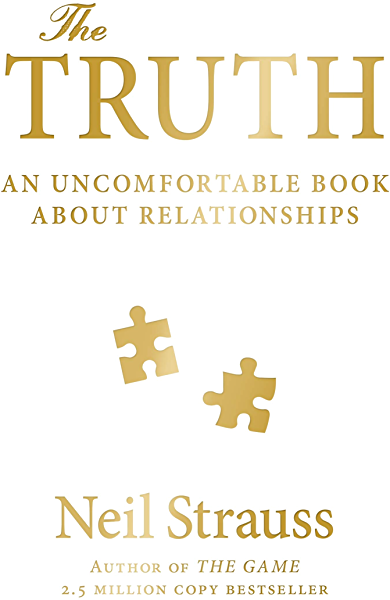 Neil Strauss became famous to millions around the world as the author of The Game, a funny and slyly instructive account of how he transformed himself from a scrawny, insecure nerd into the ultra-confident, ultra-successful “pickup artist” known as Style. The book jump-started the international “seduction community,” and made Strauss a household name—revered or notorious—among single men and women alike.

But the experience of writing The Game also transformed Strauss into a man who could have what every man wants: the ability to date or have casual sex with almost every woman he met. The results were heady, to be sure. But they also conditioned him to view the world as a kind of constant parade of women, sex, and opportunity—with intimacy and long-term commitment taking a back seat. That is, until he met the woman who forced him to choose between herself and the parade. The choice was not only difficult, it was wrenching. It forced him deep into his past, to confront not only the moral dimensions of his pickup lifestyle, but also a wrenching mystery in his childhood that shaped the man that he became. It sent him into extremes of behavior that exposed just how conflicted his life had become. And it made him question everything he knew about himself, and about the way men and women live with and without each other.

He would never be the same again.

Searingly honest, compulsively readable, this book may have the same effect on you.

The Truth sees Neil Strauss draw lessons about monogamy, love and relationships learned from depression, sex addiction treatment, swinger parties and science labs, in the decade after becoming one of the world’s most notorious pick-up artists and desired single men on the planet.

"When I’m single, I want to be in a relationship. When I’m in a relationship, I miss being single. And worst of all, when the relationship ends and my captor-lover finally moves on, I regret everything and don’t know what I want anymore."

"Perhaps marriage is like buying a house: You plan to spend the rest of your life there, but sometimes you want to move— or at least spend a night in a hotel. “So if you were so happy with this other woman and so unhappy with your wife, why didn’t you just get divorced?”"

"You don’t have time to think. If you ever want to be truly happy in this lifetime, you have to recognize that you’re using sex like a drug to fill a hole. And that hole is your self-esteem. Deep down, you feel unlovable. So you try to escape from that feeling by conquering new women. And when you finally go too far and hurt Ingrid, all it’s going to do is reinforce your original belief that you’re not worthy of love."

"In this life, we don’t meet many people who truly love us, who accept us for who we are, who put us before themselves. Maybe a parent or two if we’re lucky, perhaps a couple of previous partners. So what kind of person rewards someone’s love with lies, betrayal, and pain? A selfish person. A coldhearted person. A thoughtless person. An asshole. A liar. A cheater. A guy who thinks with his dick. Me."

"“Exactly. To survive painful beliefs and feelings, we often mask them with anger. That way, we don’t have to feel the shame behind it.”"

"“Being overcontrolled as a child sets you up to lie as an adult,” she concludes. “So the theory of sex addiction is that when you feel out of control or disempowered, you sneak around and act out sexually to reestablish control and regain your sense of self.”"

"“Intimacy problems come from a lack of self-love,” she continues. “Someone who fears intimacy thinks, unconsciously, If you knew who I actually was, you’d leave me.”"

"“I’d be willing to bet that after the high of the intensity, there’s a comedown, and you feel not so great and you need that next hit of intensity,” Lorraine responds coolly. “So ultimately, you can live your life like a hamster on a wheel, chasing after the next hit to keep yourself spinning. Or you can realize that ultimately it’s all a distraction to avoid the harsh reality that you are not connected to yourself.”"

"I used to think that intelligence came from books and knowledge and rational thought. But that’s not intelligence: It’s just information and interpretation. Real intelligence is when your mind and your heart connect. That’s when you see the truth so clearly and unmistakably that you don’t have to think about it. In fact, all thinking will do is lead you away from the truth and soon you’ll be back in your head, groping with a penlight in the dark again."

"There’s one thing I’ve been striving for all my life: with sex, with writing, with surfing, with partying, with anything and everything. And that is to be free. It’s the one feeling I never had growing up."

"So far, it sounds like their open relationship has just as much drama as a closed relationship. And the drama is about the same thing: trust. Perhaps the reason friendships tend to last longer than relationships is that most of them don’t come with rigid rules and exclusivity clauses."

"But the secret, I realize, is that when one person shuts down or throws a fit, the other needs to stay in the adult ego state. If both people descend to the wounded child or adapted adolescent, that’s when all the forces of relationship drama and destruction are unleashed. I share this with Veronika and teach her about the different ego states. Soon, we’re connected again."

"I sit in silence, processing this. In my heart, I know she’s right. I spent all year thinking that if somehow I found the right relationship, my problems would magically disappear. But the one relationship I didn’t try was the one with myself. For a love avoidant, I’ve done a good job of constantly having some sort of girlfriend for the last eight years. Maybe that’s because there’s no better place to hide from intimacy than in a relationship."